Jarvis Green is a Louisiana native, who is a nine-year defensive lineman for Houston Texans. Jarvis won two Super bowl rings while playing with the New England Patriots. This year Jarvis is planning to celebrate his Annual Wine Tasting Gala on May 27, 2011. The mission of the Jarvis Green Foundation, a non-for-profit 501(c) 3 organization is to provide support to single working mothers in disadvantaged, low-income areas whose lives have been affected by tragedy. This cause is especially close to Green's heart because he has seen firsthand the struggles they face. To that end, he dedicates time, energy and financial resources to assisting single mothers in need. As the New Year starts, he is asking your assistance in supporting the cause; proceeds will benefit single working mothers. 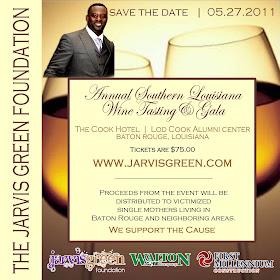 Jarvis's foundation selected its first recipient years ago, Michelle Jefferson, a New Orleans native who lost everything in the flooding caused by Hurricane Katrina. Michelle was flown to New York for an appearance on the Montel Williams Show and surprised with much-needed financial assistance among other gifts. On ESPN Jim Rome, Jarvis surprised Michelle at the house he helped her purchase after the natural disaster. 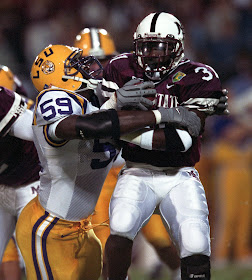 Hope to see you there!!  Geaux Jarvis, Geaux Tigers!
Share