As much as I eat and drink, it is hard sometimes for me to imagine what it is like to truly be hungry.  When I'm hungry, it usually means that its time to light up the grill or frequent one of my many go-to restaurants in our very foodie-friendly city.  To think about a life where firing up the grill wasn't an option or paying for someone else to produce the food needed more nourishment, let alone pleasure, is just mind-boggling.  I know that I've never been "starving" in my life, no matter what I might have said when waking up on a Sunday afternoon after forgetting to eat the night before and needing to find somewhere to go for brunch.  So, with all of that being said, I think it is only naturally that somebody like me supports a cause like hunger action month.  Nobody should have to go hungry in the true sense of hunger.  Not in Baton Rouge.  Not in Louisiana.  Not in the United States.  Not in the world. 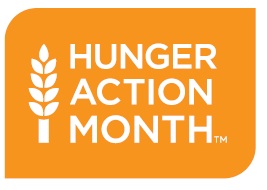 September is Hunger Action Month- a national movement to raise awareness and take action to help the 50 million Americans who experience hunger. Throughout the month, Feeding America’s nationwide network of more than 200 food banks, including the Greater Baton Rouge Food Banks and Second Harvest Food Bank of Greater New Orleans and Acadiana, is working to engage citizens to take action and help spread the word about how pervasive hunger is in every community. 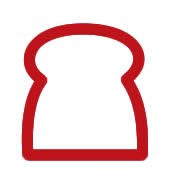 Hunger is closer than I would have thought. Nationwide, 50 million Americans suffer from food insecurity. In Louisiana 1 in 8 people is struggling with hunger. 1 in 5 children in Louisiana is at risk for hunger. In any given week, nearly 42,000 people receive food through Second Harvest Food Bank of Greater New Orleans and Acadiana.  The Greater Baton Rouge Food Bank distributes nearly 10,000,000 pounds of food annually.

Hunger impacts child development, health and wellness, education, workforce development – our general welfare as a nation. It is an issue in every community – and food banks work tirelessly to combat hunger and aid those living with the everyday disaster of hunger. In contrast to what many believe, hunger does not only affect the homeless. Hunger is a daily struggle that can impact anyone. Many families are just one paycheck away from needing to rely on a food bank, food pantry or soup kitchen.

Local food banks are on the frontlines of the battle against hunger. It is only through the food, funds and time donated by members of the community that food banks can lead the fight. September is your opportunity to get involved with the fight against hunger as each individual has the power to fight hunger. There are many ways to help including hosting a food drive, volunteering, sharing hunger facts through social media, preparing food for an elderly neighbor or visit the 30 Ways in 30 Days calendar for more ideas on daily ways you can take action.

Throughout the month of September follow the hashtag #fighthunger to hear how members of our community are taking action and to hear about other ways you can help Second Harvest Food Bank. For more information on the Power to Fight Hunger campaign visit www.no-hunger.org.