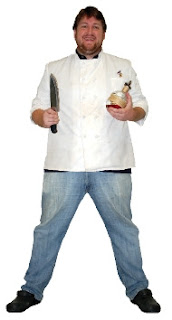 A little over two years ago I started a blog about everything I eat and drink.  The whole idea of it was to give me a creative writing outlet that somehow, someway, made my food and beverage expenditures more productive.  I took a look at my credit card statements in September 2009 and said, "man, I spend a lot of money eating and drinking... why don't I write about it?"  The rest is history, and it has been one heck of a ride.  This blog led to other freelance food writing, lots of press and media attention, cook offs and barbeque competitions, two national television appearances (MasterChef and Eat St.), two local radio shows (Bite and Booze and Raise a Glass), and now to be recognized as one of Baton Rouge's Forty Under 40 for 2011.  It is quite an honor! 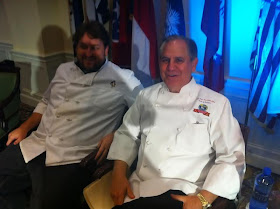 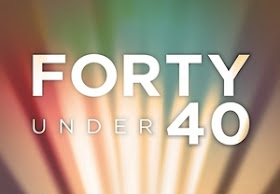 Plenty more has been going on in the Bite and Booze world.  I helped open up the first ever Viking Cooking School Outdoors from July to October.  I recently spoke with Chef John Folse in New Orleans along with Wendy Waren from the Louisiana Restaurant Association, Chef Patrick Mould, and Visit Baton Rouge's Paul Arrigo.  The panel on culinary tourism seemed to be a real hit!  Chef Folse also appeared on the Bite and Booze Radio Show presented by Calandro's Supermarket recently and I'm going to record an episode of his show, Stirrin' it Up, really soon.  WBRZ also recently came to my house to film a Thanksgiving cooking segment.  Look for that to air the night before turkey day at 10 PM. 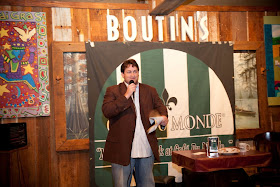 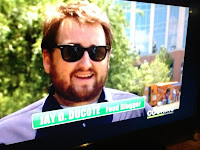 In October I emceed the return of the food monologue show "Meanwhile, Back at Cafe du Monde..."  We had an amazing cast and the show was a lot of fun.  I also recorded a TV pilot with them at the end of 2010 and will be published in the Meanwhile coffee table book!

There are a whole lot of projects on tap for the future as well.  I can't really reveal all of them right now, but let's just say that blogs, magazines, and radio can lead to books and more video.  Bite and Booze is going strong.  Based on where the previous two years have brought me, I'm really excited to find out where the next two years will lead!  Thanks to everybody who is reading this or has ever read my blog or listened to my radio show or watched one of my TV appearances whether local or national.  I couldn't do this without your support!  And if you happen to want to lend additional support, Bite and Booze cups, koozies, and shirts are available in the Bite and Booze store!