Great Raft Brewing is on its way to Shreveport.  Still in planning stages, the brewery hopes to be operational in 2013.  Andrew and Lindsay Nations, a new beer powerhouse couple, are the folks behind the brewery, and they recently made a trip to south Louisiana to meet some fellow Louisiana craft brewers as well as some enthusiasts like me.  Both Andrew and Lindsay are Cicerone certified beer servers, which means they probably know more than 99.9% of people in the world about beer.  They also both have degrees with fancy letters to put behind their names, but after working in the tech world and going to grad school in D.C., they decided what they'd really like to do is come home and make good beer for the people of north Louisiana.  I wish them all the best! 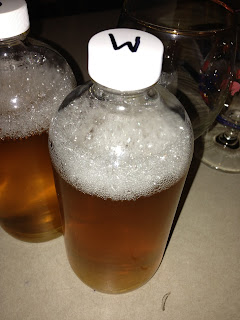 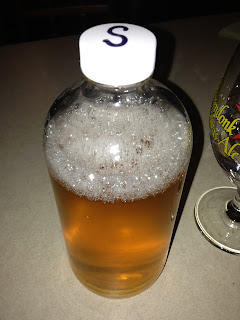 While they were passing through Baton Rouge I was fortunate enough to snag a couple bottles of some Great Raft test batches.  The one on the left is an American style pale ale with wheat in the grain bill and 100% Nelson hops.  It had a strong grapefruit-like presence on the nose and taste, while being light and refreshing with that extra wheat.  The picture on the right is a Saison brewed with lemon zest and pine needles.  The pine flavors are strong and the beer needs some tweaking, but the spirit is certainly there.  This is going to be an inventive and passionate brewery, and I'm excited to welcome them to the Louisiana craft beer scene as soon as their brewery is up and running!
Share