Passport to Shreveport: International Cuisine Rules in the 318

Growing up in South Louisiana, there are certain assumptions we make about "Northerners." And by Northerners, we are referring to anyone in Louisiana situated too far north of I-10/12.

The general theory tossed around as I was growing up is that North Louisiana is essentially Yankee territory, with a disturbing lack of Catholics, culture, and alcoholic beverages.

Not to say this theory is entirely false, but it's not entirely accurate either, as I discovered on our recent trip to Shreveport.

As it turns out, Shreveport has quite the budding food scene. Alongside great Southern food, there exists an array of international delicacies that one would be remiss to skip.

Here's a short list of some of the delicious, multicultural cuisine we enjoyed while visiting the Shreve! 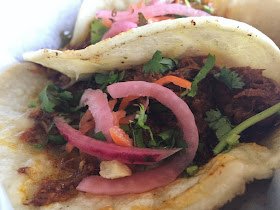 What began as a successful farmer's market salsa endeavor has since turned into the restaurant concept Ki' Mexico, owned by Rodrigo Mondragon, his brother Elezear and his mother Lido. Ki' Mexico serves up what they've dubbed "Mexican Soul Food." But this isn't your ordinary Mexican fare – their tacos feature cactus and pickled beets! 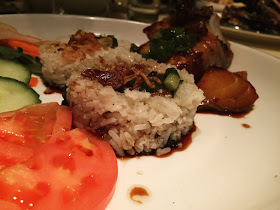 Jimmy's Seafood and Steak, nestled inside the Margaritaville Casino in Shreveport, serves up menu items you'd expect to see at a nice steak restaurant in a casino. What you wouldn't necessarily expect to see on the menu is Chef Frederick Ngo's Vietnamese clay pot fish dish, or braised fish swimming in a sweet and salty sauce that's unlike anything I've ever tasted before. Shreveport-Bossier Convention and Tourist Bureau's Public Relations and Social Media Manager Chris Jay put it best: it would be a mistake to order a steak at Jimmy's knowing the clay pot fish is an option. 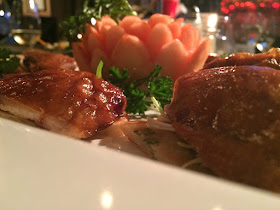 Lucky Palace boasts some of the best Chinese-American cuisine in the state. I've previously written all about Lucky Palace on the blog. Trust me, this place is more than meets the eye.

Dominican flavor bursts through at Sabores. This small hole-in-the-wall joint offers a variety of bold dishes that highlight the best tastes of the region. Spicy meats, crispy fried plantains and surprising sauces are featured on the menu that might be hard to translate if you're not familiar with Spanish. 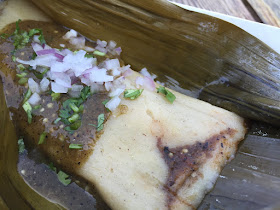 Gabriel Balderas is doing something major in Shreveport. Cooking with fresh, organic produce, he brings the flavors of Mexico to pop-up restaurants around the Shreveport-Bossier area. You can taste the difference fresh, local produce makes. Gabriel's tamale is out of this world, and we hear the tacos are pretty outstanding, too. 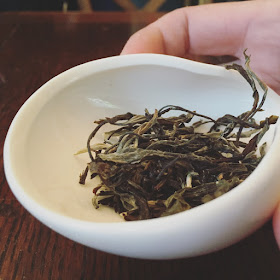 It turns out there are just as many tea nerds as there are beer nerds! Tea is similar to beer in a number of ways: there are endless varieties from all over the world, the flavors are distinctly different depending on number of factors, and drinking it results in a slight buzz. No kidding! Shreveport's Rhino Coffee offers a wide selection of teas, and even offers a tea program for tasting and learning about teas from all over.
Share