A Lovely Day to Visit the Capitol Grocery

On a lovely Fall day in Baton Rouge there are few spots better and with more character than Capitol Grocery on Spanish Town Road.  On a recent glorious day I took a stroll around downtown and paused as I passed the magnificent State Capitol building, which happens to be the tallest Capitol building in the nation. 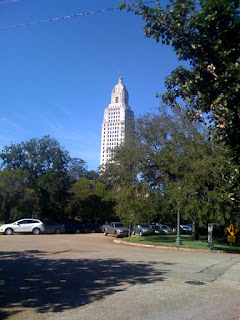 From the intersection with a view of the capitol, I hooked a right onto historic Spanish Town Road.  This old neighborhood offers some of the best architecture in town and also plays host to Baton Rouge's largest Mardi Gras parade! 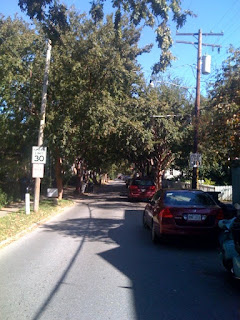 A Look Through the Tree Tunnels on Spanish Town Road

Situated on Spanish Town Road between 7th Street and Costello Lane, Capitol Grocery is the longest operating grocery store in Baton Rouge, dating back to the 1890s. 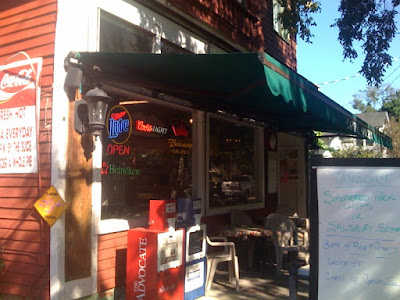 Capitol Grocery offers a basic supply of food and household products as well as hot food to please the Spanish Town residents and visitors.  My lunch break on this day came a little later than usual, but fortunately I was able to grab the final box of the daily lunch special: smothered pork chop with good brown gravy! 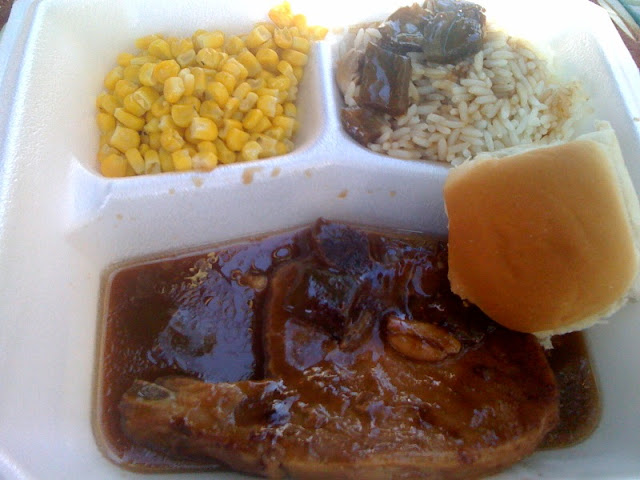 There is nothing like good Southern comfort food, and Capitol Grocery knows how to do it right.  This bone-in pork chop came smothered in a rich, flavorful brown gravy.  The meat was tender and seasoned magnificently as each bite melted in my mouth and mixed with the gravy as it settled comfortably in my belly.  The chop tasted so good that I had no choice but to clean the bone with my teeth because it would have been a food sin to leave any bit of pork uneaten.  The corn at Capitol Grocery could use a little help.  It tasted fine but had no flair like a good cajun corn should.  It could be replicated with ease by any novice and a can of whole kernal corn.  The rice came with different gravy which I also enjoyed.  Instead of rich brown gravy like the pork chop was topped with, the rice featured a lighter gravy with some stewed veggies that perfectly complemented the flavors of the meat.

I'm sure I'll be back to this place several more times in the coming months and I highly suggest that you give it try if you've never been!