What would a tour of the world's bites and boozes be without Japan?  Today, as Japan faces Paraguay for one of the final spots in the quarter finals of the World Cup, Bite and Booze will take a look at the rich culinary history of island nation known as the Land of the Rising Sun. Besides rice, seafood is highly consumed in Japan since the country is surrounded by oceans. Seaweed, fish, clams, fish cakes are essential ingredients in Japanese cooking. Dashi soup stock used in Japanese-style meals is made from katsuobushi (dried bonito flakes) or konbu (kelp). Other essential ingredients in Japanese cuisine include mushrooms, noodles, beans, ginger, and more. Essential seasonings in Japanese cuisine are soy sauce, mirin (sweet rice wine), miso (bean paste), sake (rice wine), rice vinegar, and wasabi (Japanese horseradish). 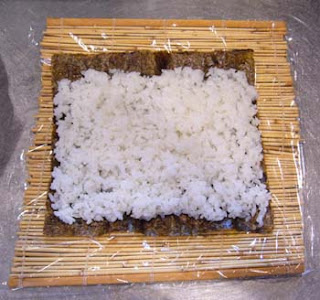 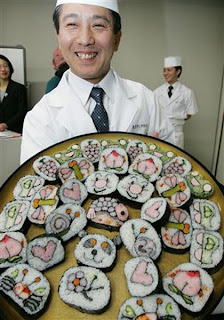 Originally, raw fish was fermented in salt to preserve it and eaten with seasoned rice. In Japanese cuisine, sushi indicates dishes that use sushi rice, which is seasoned with a sweet vinegar mixture. Although you can make sushi without using any fish, many kinds of fish are commonly used in sushi dishes. Most Americans think that going out for sushi means you are going out for raw fish, however that is not actually the case. Sashimi is the Japanese delicacy primarily consisting of very fresh raw seafood, sliced into thin pieces and served with only a dipping sauce (soy sauce withwasabi paste or other condiments such as grated fresh ginger, or ponzu), depending on the fish.  When ordering sushi, you are actually ordering dishes with the specially prepared sushi rice which is complemented by any number or fish, vegetables, and other toppings and condiments, that are then often rolled up into what we know as sushi rolls. 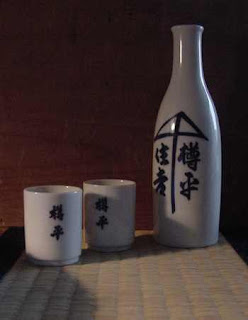 Sake is a clear alcohol drink which is basically made by fermenting steamed rice with koji mold and water. Sake has about 15% alcohol. It's said that good water and rice make good sake. Sake are divided into two kinds: futsu-shu (general sake) and tokutei mesho-shu (special sake). Tokutei meisho-shu are categorized by the degree of rice milling and the use of distilled alcohol like Honjozo-shu and Junmai-shu. Namazake is sake which has not been pasteurized. Any kind of sake can be namazake. Sake is often used in Japanese cooking. Leftover sake is suitable for cooking. Sake can be used for cocktails or other drinks.

For some information on Japanese beer, go to the BR Beer Scene!