Another year has come and gone and now with 2018 here it’s time to reflect back on 2017. It was definitely a busy one here at Bite & Booze headquarters with road trips, pop-ups and private events filling up the calendar on a regular basis. Somehow, in between all of that, we found time to try some delicious dishes both locally and regionally that inspired and satisfied our ever expanding palates.

Here are just a few of my favorite dishes from 2017. I promise it won’t be completely filled with burgers. 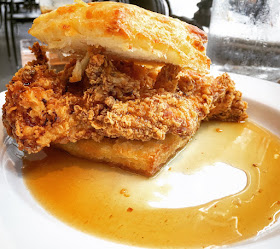 If you’ve never eaten at Willa Jean then I highly suggest you change that the next time you’re down in New Orleans. Listed under their “Biscuit Situation” section of the menu, this beast of a meal is a must have. A juicy chicken breast sitting between two warm, flaky biscuits in a pool of Tabasco honey. It’s big enough to share, but I’m not giving up a single delicious bite!

The Brisket at Franklin BBQ 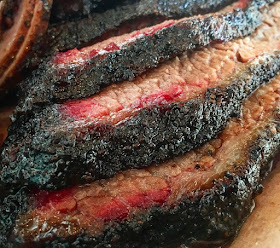 This is absolutely without a doubt THE BEST brisket I’ve ever had. Franklin in Austin, Texas is well known, especially their brisket, and it totally lived up to the hype.

Juicy, smokey and packed with deliciousness. I think I could have eaten it all by myself. Every time I look at that picture I start trying to figure out when I can get back there for more. 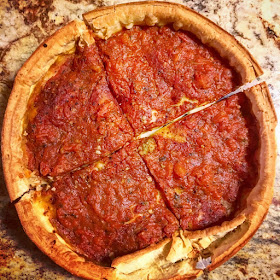 Unfortunately I didn’t get to travel to Chicago to try this but I was lucky enough to try it thanks to my lead singer Hana who ordered one for our guitar players birthday. Giordano’s ships their pizzas packed on dry ice with sauce packaged separately and cooking instructions as well. This true Chicago deep dish is fantastic. The red sauce was really good and it was packed with cheesy goodness. I’m hoping the next time I get to try one of these it’ll be at the restaurant, but I’ll be happy ordering one online until then.

The Slamburger at Brickyard South 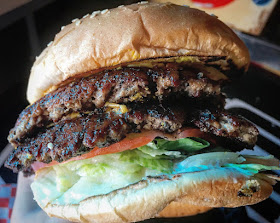 I love the fact that one of my favorite hangout spots also has one of my favorite burgers. Danny Moore and Danny Wilson serve up this classic burger every Friday night at Brickyard South for the insanely low price of $5. A simple burger that’s perfectly seasoned, smashed flat and topped with cheese, lettuce, tomato and Danny Moore’s signature sauce. No gimmicks just a great tasting classic burger. 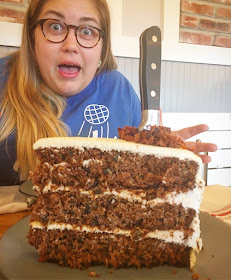 I’m sure you’re asking yourself why I’m choosing a dessert from a BBQ restaurant. The answer is simple. This is the best carrot cake I’ve ever had. Period. No contest. I mean look at that thing! You can feed four people off of that slice! After having this cake I had dreams about it for like, a week after. IT’S THAT GOOD! 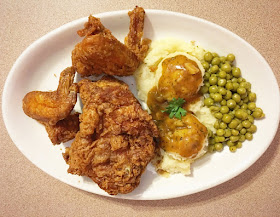 There’s a reason that Willie Mae’s is famous. Their fried chicken is otherworldly; the flavor of the crust and the juiciness of the chicken is unreal. It’s been a staple in New Orleans since it opened in 1957. Presidents and celebrities have eaten here and Food Network declared it as having America’s Best Fried Chicken. There’s no other fried chicken that comes close to it. 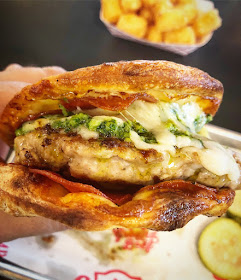 This was a special burger for their ‘Curbside Turns One’ anniversary celebration and although every burger that week was really good (and yes, I had all of them) this was the one that stood out for me. An awesome Italian sausage patty, swiss cheese and gremolata sandwiched between two pepperoni pizza buns. The flavor profile for this thing was off the charts. It was everything you would want out of a pizza burger and so much more. I’m hoping this pops back up on their menu as a special soon.


This was a tough list to put together. There were so many dishes I had this year that were really good but these definitely were the ones I still talk about. I’m hoping that 2018 will be just as delicious.
Share