Baton Rouge is really great for both fine dining and hole-in-the-wall restaurant choices.  A couple of great little eateries exist along Government Street in the Mid-City area.  On a sunny Fall afternoon Eusebio and I decided it was time to try a couple of those places out so we met at BJ's Mesquite Smokehouse to give their BBQ a try. 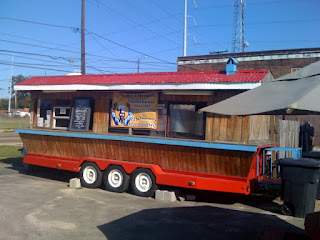 BJ's Smokehouse's main location is in North Baton Rouge but they opened up a second spot to sell their delicious smoked meats on Government Street.  They use a trailer for their kitchen with a large pit and smoker out back to give the air around this part of town a wonderfully smoky aroma. 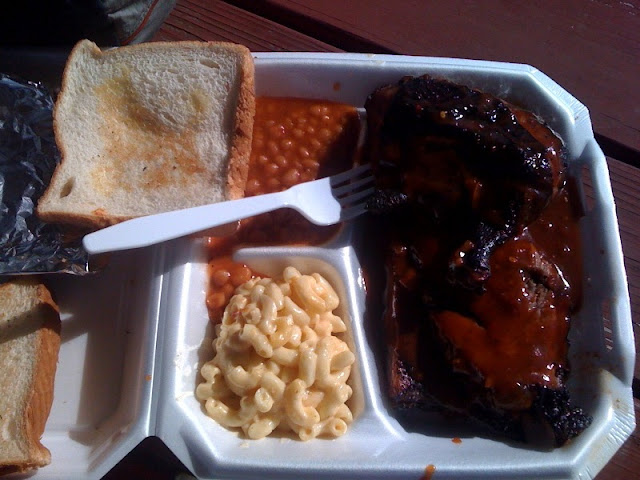 Eusebio and I knew that we were going to be eating at two establishments on this day so we ordered one three-meat dinner to sample.  The meats we chose were brisket, ribs, and chicken, which all came smothered in a tangy barbeque sauce.  The three meat dinner also came with a few slices of bread, and we chose macaroni and cheese and baked beans for our sides.  All of the meat had a great mesquite smoke flavor.  The delicious, tender chicken quarter flesh pulled right off the bone.  The ribs acted the same as the chicken but, as far as ribs go, these were not my favorite.  While they were very tasty, the did not live up to expectations.  My favorite of the BJ's meats was undoubtedly the brisket.  The beef melted in my mouth and mixed with the sauce to remind me of everything a brisket should taste like. 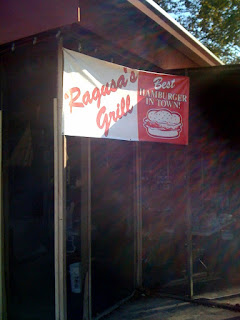 The next stop on our list was just a little bit farther down Government Street.  Ragusa's Grill, which will soon go under some renovations and upgrades, resembles an old country-style road-side grill.  They boast that they have the best hamburger in town, so naturally I had to give it a try. 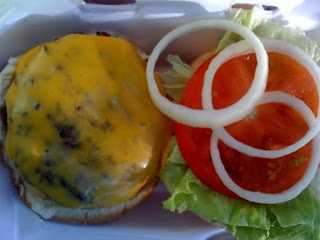 The Big Ragu is their signature burger.  It sets itself apart from the other top burgers in BR by using a mixture of 1/3 Italian sausage and 2/3 ground beef in the patty.  The the burger is then flame-grilled to order, topped with American cheese, and served with the normally desired burger fixings.  Since Ragusa's Grill is currently just a road-side stand, their seating area was very limited and, in fact, virtually non-existent.  BJ's had a picnic table for us, but at Ragusa's we got our burgers to go and headed down the street to nearby City Park before we feasted. 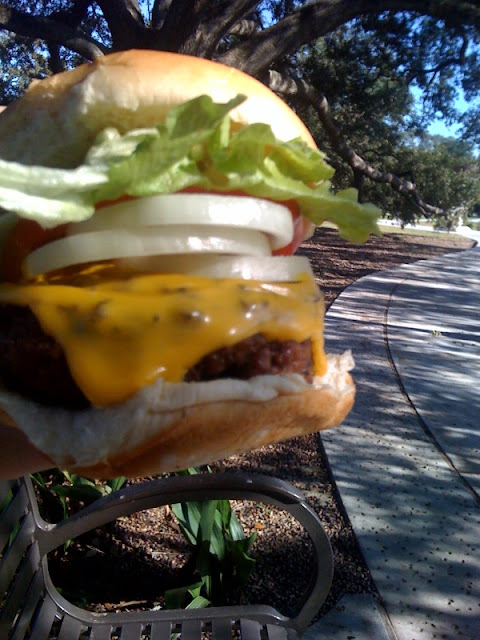 Spectacular is a word that comes to mind when describing this burger.  The mixture of Italian pork sausage with the distinguishable Italian seasonings along with the fresh ground beef made the Big Ragu stand out as truly one of the best burgers in town.  Every bite was juicy and full of flavor and I couldn't wait to take another.  I'm not sure that I would give it the overall award just yet, but it deserves to be mentioned in any discussion about the top burgers in Baton Rouge.