Season 2 of Raise a Glass starts tonight (Friday, 11-11-11) at 6 PM on WHYR 96.9 FM in Baton Rouge.  It will also be available online and through iTunes shortly.  Raise a Glass is a weekly radio and podcast hosted by myself, Jay Ducote, and my brother Eric Ducote.  It is produced by James Lawson.  The show is about the history, culture, traditions, production, and consumption of alcoholic beverages, and for season 2 we are introducing something new: a Whiskies of the World Tournament! 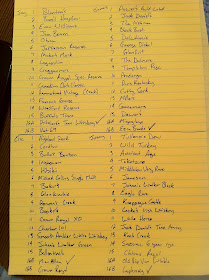 To find out how this bracket was selected make sure to tune into Raise a Glass tonight at 6 or Sunday at 4 to listen to the Whiskey Bracket Selection Show.  We'll be narrowing down the field on each episode for the next 13 weeks until we get to one winner which will win the prize of the Raise a Glass Best Whiskey/Whisky in the World!!  Have a vote on which whiskies you think should move forward?  Would you like to share your opinions about bourbon, scotch, Tennessee, Canadian, Irish, Japanese, or any other whiskey?  Let us know your thoughts by leaving a comment here or tweeting our show @RaiseaGlass! 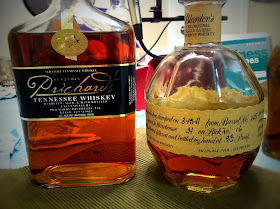 Here is the first round matchup from my quadrant of the bracket: Prichard's Tennessee Whiskey versus Blanton's Single Barrel Bourbon Whiskey.  We'll announce who moves on from this match up and more on future episodes of Raise a Glass!
Share