In honor of the first Louisiana Craft Brewers' Week, I assembled a team of craft beer drinkers and experts to create a list of Baton Rouge's best places to drink craft beer. I asked each participant to rank their top six spots (bars or restaurants) and then compiled the list and tallied the scores. In total, nine venues received votes and they all appear on the list in order of total points.

Louisiana beers and burgers. That's the main thing about Burgersmith. They only have local beers. That's cool.

This English pub and grub joint on, appropriately, Sherwood Forest Blvd., is good for more than just a little footie in the wee hours of the morning. Their beer selection is a nice assortment of British Isles imports and American craft, and they also do beer dinners every now and then.

The Radio Bar on Government Street is exactly the kind of neighborhood bar that Mid City needed and they do a pretty decent job with their beer list as well. Between the tap lineup and an eclectic bottle list, Radio Bar will have a beer for everyone.

For years Pamela Sandoz has had one of the best kept beer secrets in town. Hopefully she doesn't mind me getting that word out a little bit. Behind the bar of the Chimes Street dive are a couple coolers with an impressive collection of various bottled beer. There isn't a wall of taps or keg room to be found, but Slinky's makes the list because of the bottle assortment that makes beer drinkers happy. She also does monthly beer tastings that are a whole lot of fun.

With over 30 taps and great daily specials, this unassuming pizza joint on Perkins has clearly caught on with the the local beer drinking scene. With $3 for any pint on Tuesday and Wednesday, it can be hard to stay away! Holding release parties for beers like Saint Arnold and NOLA beers certainly helps too.

The only selection with multiple locations in Baton Rouge, the Chimes came in strong with a spot in the top four places to drink craft beer in Baton Rouge. Those 19.7oz imperial pints are certainly appreciated! The original Chimes at the North Gates of LSU is where many people including myself first learned to appreciate craft beer. In fact, I have my name on the wall twice for going Around the World at the Chimes, though that model was more based on big imports rather than true craft beer. Word around the campfire is that they will be transitioning soon from Around the World to a sort of Around America craft beer promotion. I can't wait! 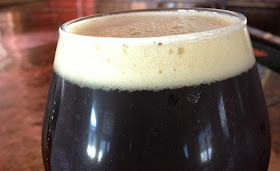 A new addition to the Baton Rouge beer landscape, the Pelican House has shot up the list with their impressive lineup of 136 beer taps with no main label Bud, Miller, or Coors to be found. For the vast majority of people, a stop at the Pelican House will bring about beers never tried before, and possibly even never heard of before. The completely remodeled building boasts a bright interior with natural light, local art, drop down TVs, and plenty of space for large gathering. And there's a conference table in the back where you can look important. Trust me, it works.

The Cove has long boasted one of the largest alcohol collections on the Gulf Coast and is absolutely worth paying a visit just to see Tom's collection. For a while, all the booze at the Cove came in bottles, even the beer. The bottle list is still just as strong, but Tom's addition of the tap room has cemented the Cove among the top beer bars in the city. With a different set of taps than any other bar in the city, the Cove will always have something different that you can't find anywhere else.

Narrowly taking the top spot from our panel (the top three were really all very close) is the Bulldog. I do believe that the Bulldog offers the best overall beer-drinking atmosphere with character, grub, and selection. With around 80 taps featuring a lot of locally brewed beer, Baton Rouge's Bulldog location is the equal if not superior to the New Orleans locations. Throw in the outdoor area, dog friendliness, comfortable seating, and of course, again, the beer, and it is easy to see why the Bulldog sits atop the standings.


What are you thoughts? Can you think of somewhere that didn't make the list? Do you agree or disagree with this order? Let me know in the comments below or hit me up on Facebook or Twitter. And please share the post to get more people in on the conversation!
Share