The Dickie Brennan family of restaurants will take on Manhattan on October 3rd as they present a meal titled "The Evolution of Creole Cuisine" at the historic James Beard House. Multiple New Orleans chefs and personalities will ascend to the Big Apple to put together this feast for the ages. This certainly looks like a meal that will make Louisiana proud. I just wish I could be there!

On September 11th Dickie Brennan & Company will be presenting an exclusive dinner menu highlighting the resources of our region and celebrating the art Creole cuisine. This special menu is a preview to the actual James Beard Dinner in New York City. Limited seats are still available for the preview dinner at Dickie Brennan's Steakhouse and be purchased by calling 504.522.2467. 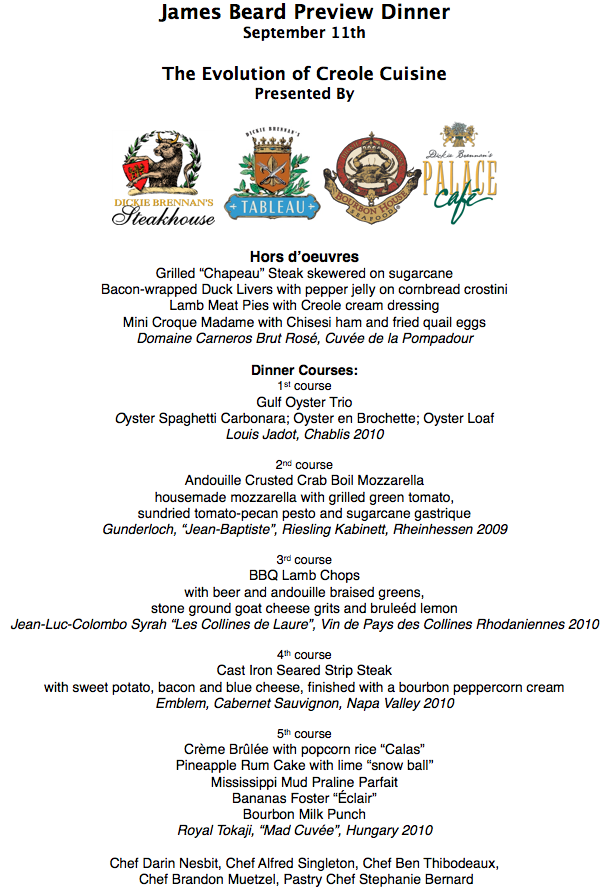 The chefs and personalities that are putting on the dinner include: